The Most Famous Zen Gardens in the World 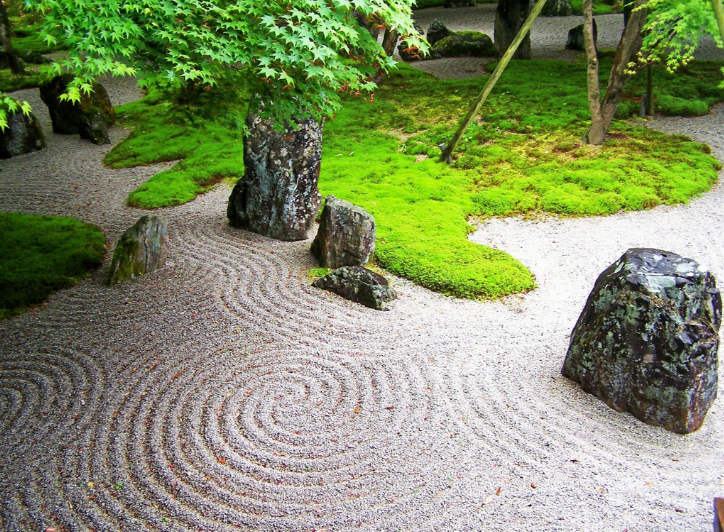 Welcome to therockgardens.co.uk, where we hope that the information covered below and elsewhere on our website will provide you with an array of features and facts which promise an appreciated insight into the world of rock gardens.

Rock gardens, also known as Zen gardens, come in an abundance of variety, and each garden has an array of exciting features and characteristics which reflect the likings and interests of its creator(s). Rock gardens provide a source of everlasting aesthetical pleasure, grandeur and entertainment, and an overall mesmerizing experience.

Japanese Zen gardens are typically found in an array of premises, such as private homes, neighbourhood areas, public parks, notable landmarks like Buddhist temples and Shintoist shrines, as well as castles and other historical settings.

Garden Making as an Art

Garden-making is a noble art in Japanese culture, and it holds an intimate relation with fine arts of the likes of pen and ink paintings, as well as the art of calligraphy. Zen gardens evolved from the distinctive influence of earlier Chinese gardens, and the tricks of the trade were – and still are – passed down from the Sensei (or Master) to his apprentice.

The Rebirth of a Garden 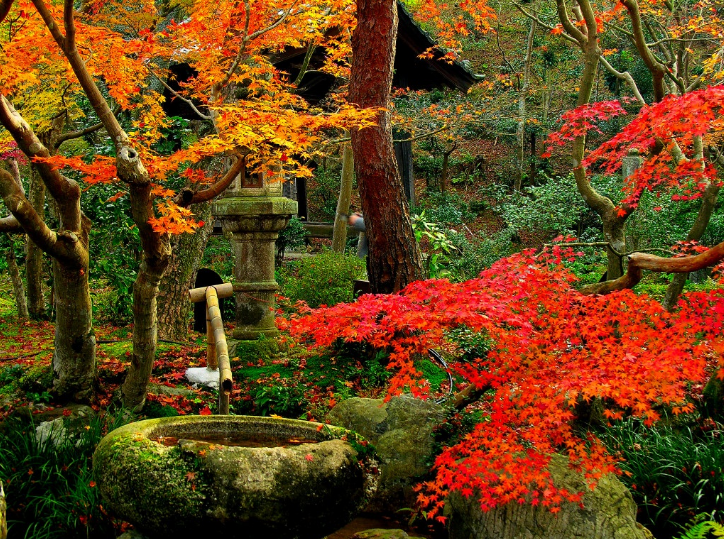 The tour of the world’s most famous Zen gardens shall start with Saiho-hi in Kyoto, Japan. This garden is also known by the name of Moss Temple, and it is Saiho-ji’s most famous and earliest example of Zen gardens. It dates way back to the 14th Century, and after undergoing years of abandon and disrepair, its famous moss emerged. The temple the area is known for houses the Zen rock garden which was later repaired and brought to good condition by the renowned garden architect Muso Soseki.

Another beautiful example of such gardens in Japan may be found at the Adachi Museum of Art in Yasugi, Shimane Prefecture. This setting homes six individual gardens with landscapes featuring a variety of different plants and rocks of a number of sizes cultivated and collected from places across Japan by its founder Adachi Zenko.

Zenko had a vision closely tied to Japan’s traditional pen and ink paintings and saw the gardens as an ever unfolding scroll. The dry landscape true to the museum comprises many elements, from shrubs to rocks, and a representation of a river with a cascading waterfall. 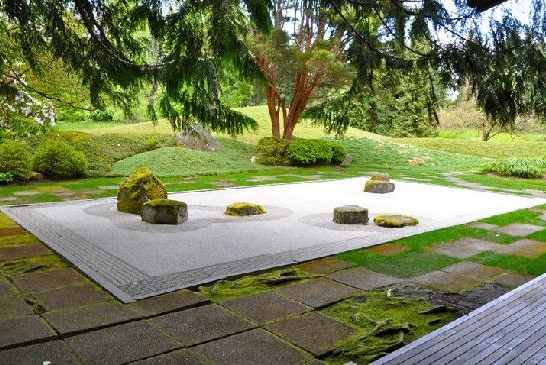 America also hosts a selection of Japanese Zen Gardens. The Zen Garden in the Bloedel Reserve in Washington State’s Bainbridge Island is such an example. The scenery includes a number of lawns and lakes, as well as a garden covered in moss. The landscaping is a meticulous one with boulders of various sizes and a bed of well-groomed, white gravel, and the setting serves as a ground for meditation.

Another example is the Sand and Stone Garden in Portland’s Japanese Garden. This Zen Garden contains five diverse landscapes which aim to show the traits typical of such gardens. The landscape consists of light gravel and weathered stones of different sizes which are set out in a cultivated and well-raked stone bed so as to resemble small waves in water. This garden, like the majority of such gardens, also serves the purpose of isolation and a genuine spiritual connection.

There, of course, an array of other Zen gardens worldwide. The Japanese Garden of Contemplation in the Hamilton Gardens of Waikato (New Zealand), the Huntington Library of San Marino (CA), the Zen Garden of St. Mungo Museum of Religious Life and Art in Glasgow (Scotland), the Japanese Tea Garden in Golden Gate Park in San Francisco (CA) are amazing. The Roji-en: Garden of the Drops of Dew in The George D. and Harriet W. Cornell Japanese Garden of theMorikami Museum in Delray Beach (FL) is also quite incredible. If you get the chance to go, you won’t regret it.