The Rock Garden of Chandigarh is a unique and world-famous rock garden consisting of unique works of art made from industrial and urban type waste. Situated amidst the capital complex and Sukhna Lake, it is a 40-acre open-air exhibition hall, home to 20 acres of woodland, a theatre throve, and a small-scale labyrinth spread out on a land of vast art types and an extensively unique landscape. The Rock Garden of Chandigarh is a hot tourist hub due to its magnificent and almost surrealist grandeur.

What You Will Find There

The entrance to the rock garden leads to artistically arranged rocks, boulders, chinaware articles, discarded tubes, broken glass pieces, coal, clay material and pieces, building waste, and others, all strategically placed so as to transport the viewer into a dream world of magical creatures, animals, and make-believe temples.

A grand waterfall complements the sculptures found in the open-air setting creating an ambiance much like a traditional Japanese rock garden. There is also an open-air theatre with a stage for proper viewing. The stage provides a naturalistic and highly artistic home to many a prestigious performance.

How the Garden Came to Be

The concept of the Rock Garden of Chandigarh is quite a unique, if not daring, one. Nek Chand, the creator of this incredible garden, spent four decades working on his creations which he kept secret for many years.

After his hobby of making rafts and boats for sailing on the Sukhna Lake failed due to the availability of boat renting, Chand turned his passion towards creating beautiful works of art from rocks and stones, as well as from rubble and local urban and industrial waste scraps he gathered as he went along. Chand expanded his project with every working day, his dreams fuelling his passion, as after every working day, he would head into the forest, and further elaborate on his vision, with the scraps and raw materials to keep him company, in the creation of his marvellous works of art. 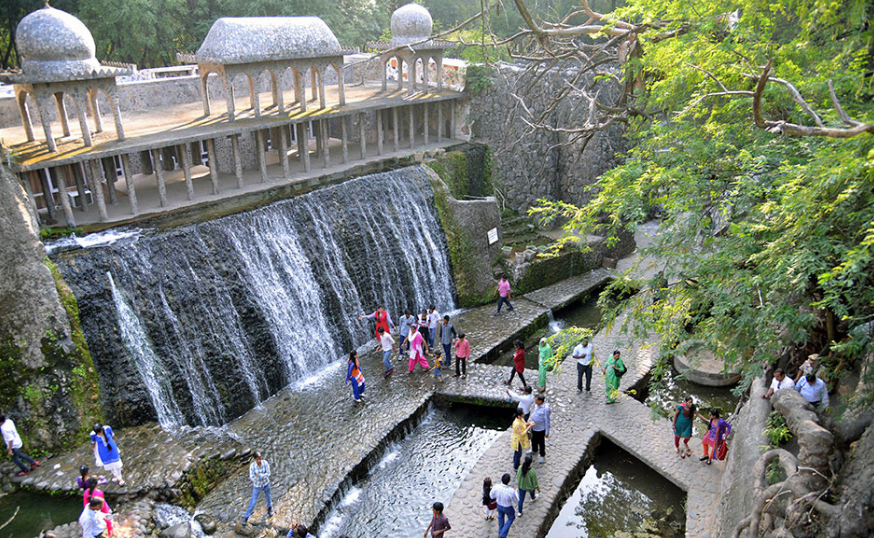 It took many years and countless attempts for Chand to convince the relevant authorities of the grandeur of his illegal work in progress. Although unauthorized and criticized by some important authority figures, over time Chand came to convince individuals of the importance of the rock garden and how it should be adequately preserved. It is estimated that around 5,000 people from India and the world over visit Chand’s marvel of a rock garden every day, a fantastic work of art that ranks very highly amongst India’s must-see attractions.